How to Choose the Perfect Cake Pan for Cupcakes

‘This article contains affiliate links. If you make a purchase after clicking on a link I may earn a small commission at no extra cost to you.’
Whether you’re cooking gourmet cupcakes to create a wedding cake tower or a Christening cake tower or little cakes for your child’s birthday party, the guidelines are the same for choosing your cupcake pans. The best cake pans for cupcakes are those which don’t force the batter upwards. Instead they allow the batter to rise gently both upwards and outwards.

You should understand the minor differences between cupcake tins, popover pans, muffin pans and bun tins to ensure that it’ll be a piece of cake to find the best cake pans for your yummy cupcakes. It’s also important to know how silicone and metal tins affect your baking so you can make an informed choice for your style of cooking.

One of the most common annoyances in the world of cake making is that there’s no industry standard when it comes to cupcake tins, leaving both amateur and professional bakers wondering what the best cake pans are.

Cupcake tins differ in size, material, shape, and even angle.

One of the most important things you need to know when you’re researching cake pans is that there are many types of cake tin out there that masquerade as cupcake tins. They look similar, feel similar, and cost a similar amount, but they aren’t cupcake tins. They’ll hamper your attempts to create that perfect cupcake that’s spongy, perfectly risen, and with a moist, flakey crumb underneath a slightly sturdier crust.

This summary will give you a run-down on what to expect from these tins and how you can best use them in you’re cooking. You’ll also note why we don’t think they’re the best choices for cooking cupcakes. use for tarts and mince pies

On the surface, bun tins appear almost exactly like cupcake tins, but there is one significant difference, the depth of the wells.

Bun tins are not the best cake pans for cupcakes because they’re very shallow, designed to create small, bite-sized fairy cakes, rather than a more substantial cupcake. If you compare the two, you’ll notice that cupcake tins are much deeper, and are far more similar to a traditional muffin tin. Despite their likeness, muffin tins don’t make the best cake pans for cupcakes. That’s because there are some minor differences in the style and design of the pan that affect the cooking and aesthetics of a cupcake.

A muffin tin typically has straight sides which encourage the batter to rise upwards to form that classic muffin top, while cupcake tins have slightly flared edges to allow the batter to rise both upwards and outwards, producing the classic cupcake shape. Popover tins are best described as a more exaggerated form of the classic muffin tin, with sharp, straight sides that force the batter upwards. Cupcake batter that is cooked in a popover tin is quite likely to burn at the top due to the intense rise, while remaining slightly undercooked in the middle.

Are the best cake pans metal or silicone?

The better option depends on the type of cupcakes you’re making and, believe it or not, also depends on how confident you are in the kitchen.

Many cooks claim that silicone pans are the best cake pans for cupcakes because the rubber material is non-stick and it makes easy work of getting cakes out of the molds. While this is largely true, consider the type of cupcakes you’ll be making.

If though you’re more of a confident, adventurous, and experimental cook, then keeping an eye on the cupcakes while they’re cooking in silicone molds should yield good results. Non stick, BPA free, dishwasher safe silicon bakeware pansIf you’re the sort of baker who relies heavily on cooking guidelines, and who follows the recipe to the letter, the best cake pans for cupcakes are undoubtedly the metal variety.If though you’re more of a confident, adventurous, and experimental cook, then keeping an eye on the cupcakes while they’re cooking in silicone molds should yield good results.

Silicone molds excel with the large range of different shapes and sizes.Their versatility helps us be creative with themes for parties, diy projects like making soaps or extra special gifts, ending a perfect dinner party with home made chocolate, shaped ice cubes and so much more.

A lovely cooking project with children is getting them to help you make cakes in their favorite shapes. Whether they’re into dinosaurs, star wars or teddy bears they’ll love the results and so will you.

Find out more on how to use silicone bakeware here.

These are great for theme parties and events. Not only are silicone molds great for cupcakes, and breads, but you can also use them for preparing treats like chocolates and desserts or even soap making. As they can be used freezer to oven  really their use is limited only by your imagination  Microwave, oven, refrigerator, freezer and dishwasher safe. Safe for use in temperatures from -40°F to +450°F(-40℃ to +230℃) 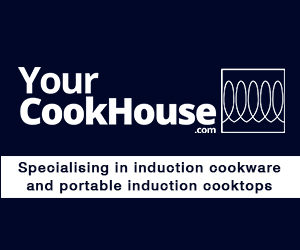 CERTAIN CONTENT THAT APPEARS ON BETTYSBAKEWARE COMES FROM AMAZON. THIS CONTENT IS PROVIDED ‘AS IS’ AND IS SUBJECT TO CHANGE OR REMOVAL AT ANY TIME.